The UK's FCA announced yesterday that its long awaited report into the activities of RBS's Global Restructuring Group is to be delayed. Again. It is now two years since it began its investigation. Coincidentally today marks the anniversary of the publication in Ireland of a report into the activities of Ulster Bank's Global Restructuring Group Ireland.

A lot has happened since then.

When the bubble burst RBS set up its notorious GRG in the UK. Ulster Bank subsequently set up its Global Restructuring Group Ireland. The GRG in the UK has been the subject of much criticism which has been well publicised. However, Ulster Bank's GRGI has by comparison avoided the spotlight.

On 23 November, 2013 Dr Laurence Tomlinson of the UK Department for Business Innovation and Skills published a report in which he alleged that the RBS GRG was guilty of “systematic and institutional behaviour” in artificially distressing otherwise viable businesses and thereby putting such businesses “on a journey towards administration, receivership, and liquidation.”

RBS commissioned Clifford Chance LLP to conduct what was referred to as an independent review of that principal allegation. The review was completed in April 2014 and the report was subsequently published. The report found no evidence to support the Principal Allegation in respect of the RBS GRG.

For good measure in early 2014, a decision was taken by Ulster Bank that a review should be undertaken in the Republic of Ireland into the relevance of the Principal Allegation to the GRGI.

It too found "no evidence to substantiate the Principal Allegation made in the Tomlinson Report that GRGI engaged in “systematic and institutional behaviour” in artificially distressing otherwise viable businesses and thereby putting businesses “on a journey towards administration, receivership, and liquidation.” On the contrary, it found the evidence strongly suggests that GRGI’s driving policy was to manage its customers “Through the Cycle”. Overall, GRGI sought to keep faith with the customer, provided that it viewed the customer’s business as viable and was receiving cooperation. Invoking insolvency remedies against trading businesses was done only as a last resort."

The report confirms that of the 2,140 borrowers that were transferred from local management into the GRGI only 6 came back out of the GRGI or were "Returned to Satisfactory" as Ulster Bank put it. By contrast the RBS GRG managed to turn around 2,130 borrowers.

In view of all of this RBS made what can only be described as an extraordinary application to the Commercial Court in London in September. In the case RBS is a defendant facing allegations of interest rate mis-selling, misrepresentation and breach of contract.

A distinct issue in the case relates to the activities of the RBS GRG. The issue was explained by Mr Justice Birss as follows: In March 2010, RBS was concerned about the Plaintiff's financial position including a high level of loan to value (LTV), amortisation capacity and cashflow.

In May 2010, RBS moved the handling of the Plaintiff from its local specialist property team in Manchester to the GRG. The Plaintiff contends that a report into the GRG (the Tomlinson Report) shows that RBS was unnecessarily engineering defaults by otherwise successful customers in order to move them out of local management and into the GRG. This was ostensibly to turn them around but in fact was to extract maximum revenue by systemic and institutional malpractice, including excessive levels of fees, bureaucracy and restrictions of trading. The Plaintiff contends that at the time it was moved into the GRG, it did not need financial restructuring but was complaining about the swaps. The Plaintiff's case is that the transfer was a breach of an overarching customer agreement between the parties. The case includes an allegation that one of the purposes of the transfer was to stifle the Plaintiff's increasingly vocal complaints about the swaps.

RBS denies altogether any improper conduct, including the allegation of systemic and institutional wrongdoing by GRG.

The application which Judge Birss was presiding over, was an application by RBS to amend its defence. In its original defence RBS said: "RBS does not accept the findings of the Tomlinson Report, but has appointed Clifford Chance to conduct an independent review of the principal allegation made in the Tomlinson Report, namely that RBS, through its GRG division was culpable of systemic and institutional behaviour in artificially distressing otherwise viable businesses and through that putting business 'on a journey towards administration, receivership and liquidation (the CliffordChance Review)."

RBS applied to amend its defence to remove any reference to the Clifford Chance Review. It wanted to say instead simply: "RBS does not accept the findings of the Tomlinson Report".

The application was refused.

At about the same time but unrelated it seems Reuters reported in September that RBS executives were bracing themselves for a multi-billion-pound compensation scheme.

Britain's financial watchdog has delayed publication of a review of alleged mistreatment of business customers by Royal Bank of Scotland (RBS.L) until early 2016. 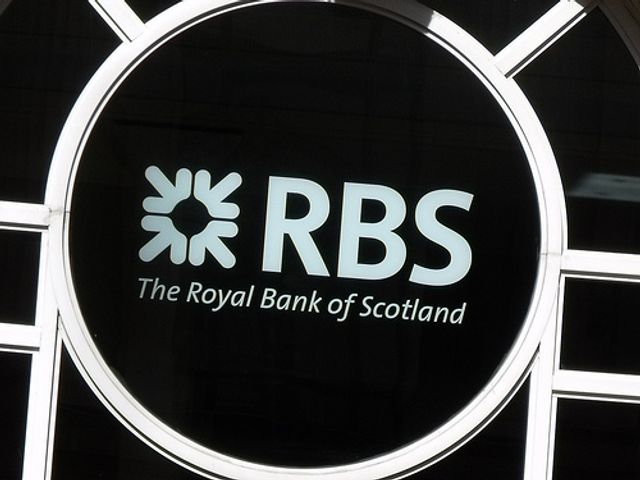 What a shock GRG report delayed...again. I knew it would be too - I expect it early Febhttps://t.co/tq59j99PLV