Femke Van Den Driessche, a 19 year old Belgian cyclo-cross athlete who won  the European Cyclo-cross championships in the Women's under-23 category in 2015 and became the Belgian National champion in the same category in 2016 has made the headlines for all the wrong reasons in recent days.

During a race in the Cyclo-cross World Championships in Belgium last weekend a bicycle belonging to Van Den Driessche was seized from her team area in the pits by the UCI after it was discovered that the bike contained a hidden motor. The UCI investigators removed the saddle of the bicycle and discovered electrical wires protruding from the saddle tube. When investigators attempted to remove the crankshaft on Van den Driessch's bicycle, something which is typically easy to do, they discovered that they were unable to do so as the crankshaft was stuck. It later transpired that the motor was contained within the crankshaft and hence the reason it could not be removed.

Van den Driessch being the first athlete to ever get caught with a motorised bicycle in competition now finds herself in a considerable amount of trouble and with no shortage of publicity surrounding her situation. Van den Driessch is in direct violation of UCI regulation 12.1.013 "the motor rule". This rule sets out the penalties for an athlete found guilty of committing technical fraud in a race. Individually, the potential sanctions for Van den Driessch include a minimum suspension of 6 months and a possible fine of up to 200,000 Swiss francs. Under the "motor rule" cycling teams can too be penalised if they are found to also have been responsible for committing technical fraud in a race. The potential penalties for a team includes a possible minimum suspension of 6 months and a potential fine of up to 1,000,000 Swiss francs. So it is not just Ven den Driessch who will be feeling the heat right now but her team also.

Van den Driessch's case will now go before the UCI Disciplinary Commission where her fate will be decided.

This latest scandal comes as a blow to a sport which has been trying to redeem itself, having been tainted with the image of mass doping by its athletes in recent years, and not to mention the Armstrong scandal which the sport is still recovering from. There is the potential that this latest scandal to hit the sport could affect its ability to attract sponsors for future events if it is not handled carefully.

The people reading about this on SB Nation or in the “New York Times” won’t know what “U23” means or whether “Femke” is a man’s or a woman’s name. All they will know is that the sport of cycling has followed up the shame of Lance Armstrong with hidden motors. 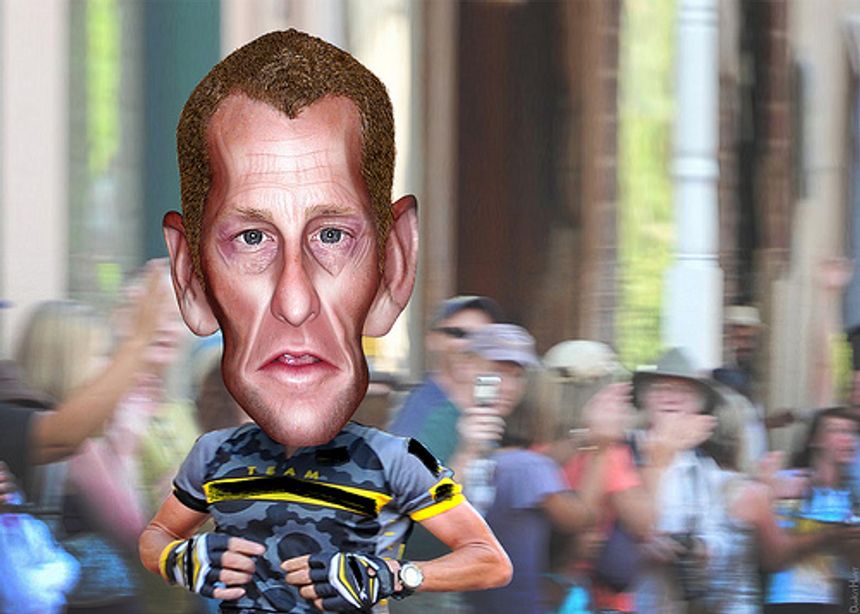