One certainty with the introduction of Adjudication in Ireland when the Construction Contracts Act 2013 is formally commenced later this year will be the High Court challenges to adjudication decisions on the basis of breaches of natural justice.

While we've all heard that Adjudication is rough justice the  decision In CJP Builders Ltd v William Verrey Ltd[2008] EWHC 2025 by the UK's Technical and Construction Court (TCC) serves as a timely reminder to would be adjudicators in Ireland that their conduct must be fair and comply with natural justice.

The Respondent employed the Claimant by way of sub-contract to carry out brickwork and stonework for a construction job.

The Respondent sought a 7 day extension of time to deliver its formal Reply which the Adjudicator refused on the basis that he had no jurisdiction to grant an extension under the sub contract.

The Respondent delivered the Reply 5 hours after the 12 noon deadline.   The adjudicator refused to accept the Reply as it was late and proceeded to adjudicate without reference to the formal Reply.  The decision held that the Respondent  pay  £94,692.40 plus VAT, the full sum sought.

On receipt of a summary judgment claim for the £94,692.40 plus VAT , the Respondent argued that the adjudicator’s decision was unlawful because it breached  natural justice by not considering the Reply.

Akenhead J held that on his interpretation  of the adjudication clause in the subcontract the adjudicator did have discretion to extend the time for the response to be delivered by the Respondent. At p. 24 he stated the following:

“That said, the Adjudicator, for wholly honest but in my judgment  ultimately wrong reasons, decided in effect to exclude from consideration the  substantial response both in terms of argument and evidence from his  consideration. It was inevitable that, once he did so exclude such material, he  would come to the conclusion which he did. It was as if the adjudication was an  uncontested claim. There is no hint or suggestion in his decision that he took  into account any aspect of the Response which by then he had in his possession.”

"Reliance was placed upon my  observations in Cantillon Ltd v Urvasco Ltd [2008] BLR 250 at Paragraph 57: “From  this and other cases, I conclude as follows in relation to breaches of natural  justice in adjudication cases:

(a) it must first be  established that the adjudicator failed to apply the rules of natural justice;

(b) any breach of the rules  must be more than peripheral; they must be material breaches;

(c) breaches of the rules  will be material in cases where the adjudicator has failed to bring to the  attention of the parties a point or issue which they ought to be given the  opportunity to comment upon if it is one which is either decisive or of considerable  potential importance to the outcome of the resolution of the dispute and is not  peripheral or irrelevant.

(d) whether the issue is  decisive or of considerable potential importance or is peripheral or irrelevant  obviously involves a question of degree which must be assessed by any judge in the  case such as this.

(e) it is only if the  adjudicator goes off on a frolic of his own, that is wishing to decide a case  upon a factual or legal basis which has not been argued or put forward by  either side, without giving the parties an opportunity to comment or, where  relevant put in further evidence, that the type of breach of the rules of  natural justice with which the case can be Balfour Beatty Construction Company  Limited v The London Borough of Lambeth was concerned comes into play. It  follows that, if either party has argued a particular point and the other party  does not come back on the point, there is no breach of the rules of natural justice  in relation to thereto.”

The Cantillon case was  concerned with an allegation that the adjudicator had made his decision upon  the factual or legal basis not argued or put forward by either side without giving  the parties opportunity to comment or address. That is not the case here.

I am satisfied that,  unwittingly and honestly, the Adjudicator failed to apply the rule of natural  justice that each party has a right to be heard and to have its evidence and arguments  considered by the tribunal. The fact that the adjudicator acted honestly and in  an open way does not mean however that there is no breach of the rules of  natural justice.

"One of the entitlements of parties to an adjudication is a right to be heard, that being the rule of natural justice. There is thus a reasonable expectation of parties to an adjudication that, within reason and within the constraints of the overall requirement to secure the giving of a decision within the requisite time period, each party's submissions and evidence will be considered by the Adjudicator. It is a draconian arrangement (which the parties are of course free expressly to agree) that a party is denied its right to be heard unless it has been given a fair and clear opportunity to put its case. Very clear wording would be required to ensure that such a right was to be denied." 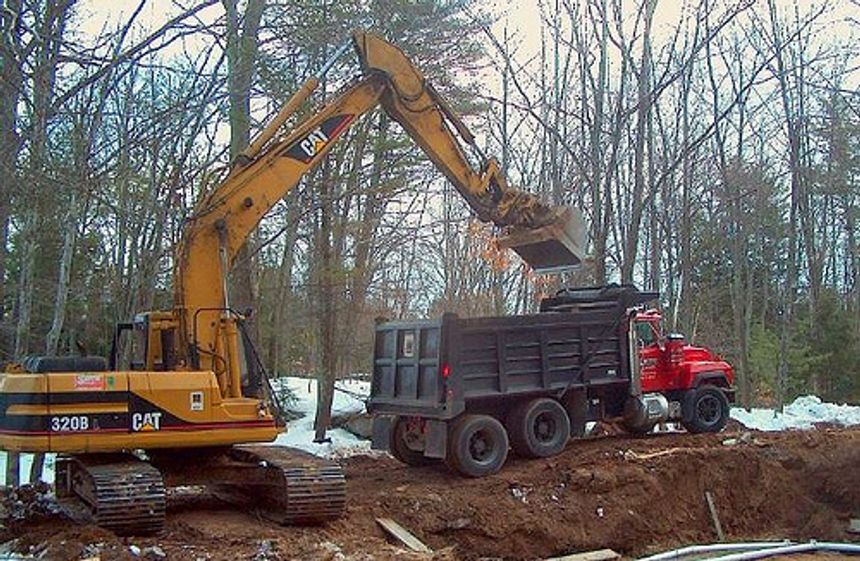 Ahh, the joys & pedantry of construction law. Can you refer more than one dispute to adjudication at the same time? https://t.co/Dd8O4ACGfi