A recent Freedom of Information request to the PSRA revealed that less than 1% all complaints made against estate agents, valuers and surveyors over a 3.5  year period resulted in findings being made against property service providers (PSP's) despite there being close on 1000 complaints made to the regulator.

There are  5630 PSP's on the Register of Licensed Property Service Providers in Ireland.

That only 3  complaints out of 957 has been upheld is very poor.  That means that a complaint against an estate agent or other property service provide has a 1 in 330 chance of being successful!

Nature of the Complaints

There is a Property Services Compensation Fund valued at €2,196,841 o yet no compensation awarded from the fund.  It's certainly time for the PSRA to crank it up a notch if public faith in its role is  to survive. 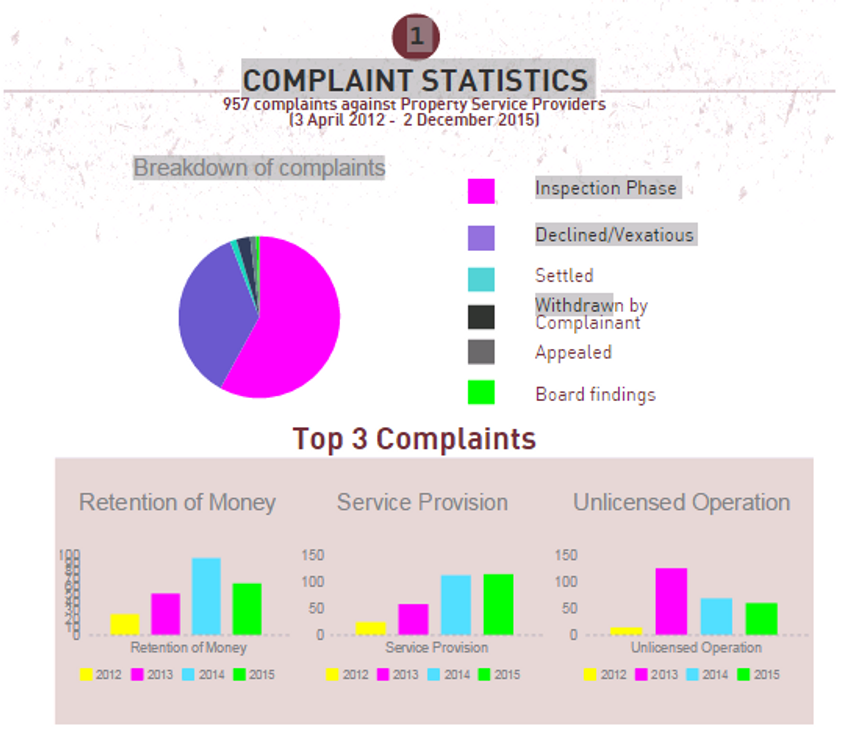