To think behaviour like this still occurs! Leeds United Football Club has been ordered to pay former employee Lucy Ward around £290,000 following her victory in an unfair dismissal and sex discrimination tribunal.

Ward stated to the UK employment tribunal that during a meeting with the Leeds United owner she was told that football 'is no place for women. They should be in the bedroom or the beauticians'

It seems impossible that comments like this would be made to a female employee in any industry in this day and age. The club has now stated that all senior staff including the owner will be undertaking equality training. Seems too little too late to me. However it does highlight the importance of rolling out that Dignity at Work training straight away to your staff and making sure that everyone, no matter how senior,  attends. There would be little defence to an employer in arguing that a junior employee received Dignity at Work training if comments like this were regularly made by senior management who should be leading by example. The issue of sexism in football was also echoed by the recent constructive dismissal claim of Eva Carneiro. Carneiro was famously demoted by Jose Mourinho for being 'impulsive and naive' in running onto the pitch to do her job and treat an injured player. This claim was settled for an undisclosed sum and Chelsea apologised unreservedly for the incident that led to Carneiro leaving the club.

A recent survey published by Women in Football found that 15 per cent of women in football claimed to have been victims of sexual harassment and another seven per cent to have been barred from certain areas on the basis of their gender. The survey was conducted with over 500 female players, coaches, match officials, administrators, doctors, physios, lawyers, agents, and media, PR and sponsorship professionals.

Remember - people managers should always walk the talk. Good culture and respectful behaviour must be top down in an organisation. if your Senior Management Team need a reminder on this then get an employment lawyer to present to them on the risks of not setting a good example. £290,000 doesn't come easy.  Explain that to the shareholders.

Ward, the club’s education and welfare officer, claimed she was sacked because she was the partner of former head coach Neil Redfearn. He was placed on gardening leave on 3 July 2015, the same day she was suspended. 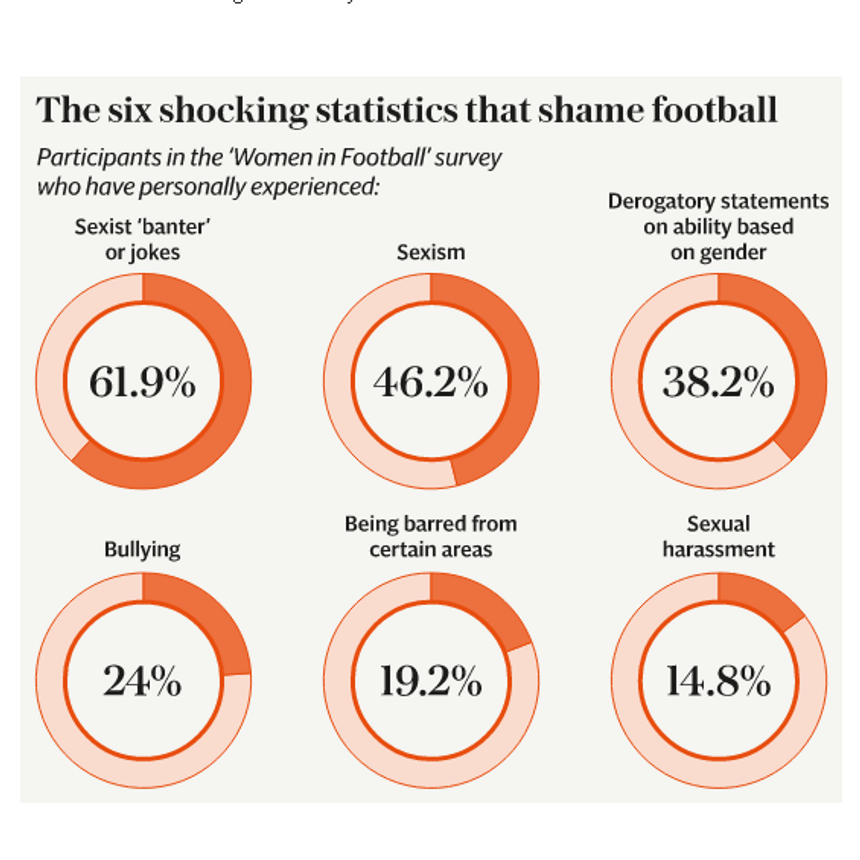 Eva Carneiro case and gender inequality in SEM: Why it matters for the #sportsMed community https://t.co/p7eZ6OdIEm

Interviews - what not to ask!
Leman Solicitors
Recent posts from Ogier Leman