This certainly supports the argument that Ireland's retail sector is buoyant.  Irish retail sales grew by nearly 5 per cent in the 12 months to January 2017, suggesting the weakness in sterling is not dampening activity in the sector.

The performance of prime Dublin retail does not necessarily reflect the general retail performance across the country.  Clearly, the lack of supply of good quality retail property in prime locations in Dublin is pushing up the rents in those areas. Most of the desirable schemes are at full or near full capacity.

Retail Ireland, the Ibec group that represents the sector, on 26 June joined forces with the British Retail Consortium and the Northern Ireland Retail Consortium to explore the implications for the sector arising from Brexit.  Whilst CBRE's report paints a picture that Dublin prime retail is robust, there is a real fear across the country of an negative impact of Brexit on retailers and consumers.  Speaking ahead of the meeting,  Thomas Burke, Director of Retail Ireland stated: “The retail sector in Ireland faces significant challenges arising from the decision of the UK to leave the European Union, due to the close supply chains between the two economies and the numerous high street retail brands operating across both markets. While the recent UK general election opens the door for fresh debate on what Brexit may look like, one thing is clear; Brexit uncertainty is already negatively impacting consumer spend and business competitiveness, and is increasing exchange rate volatility. It will continue to be a major risk factor for Irish retailers in the coming years.”

Dublin has emerged as one of the fastest-growing prime retail locations in the world according to CBRE's latest half-yearly research report, 'Global Prime Retail Rents'. The Irish capital secures fifth place on the list, after recording an 10.5pc year-on-year increase in rents for prime retail in the first quarter of 2017. While the rate of growth is significant in itself, it is however some way off the 39.1pc registered by London. The Russian city of St Petersburg takes second spot with rental growth of 15.4pc, while the New Zealand capital, Auckland, and Bulgarian capital, Sofia, take third and fourth positions at 12.5pc respectively. 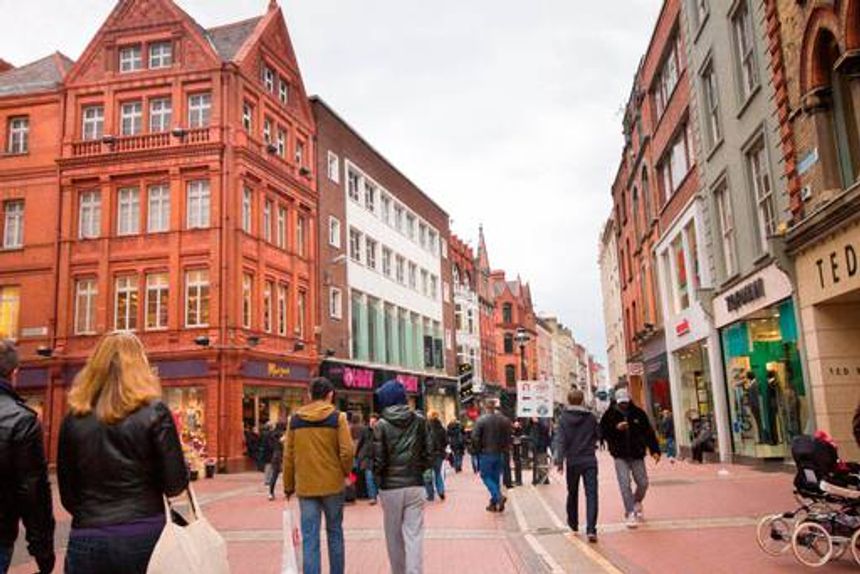