Irish Whiskey is a good news story in Irish exports. It is an industry demonstrating all signs of a renaissance.

In 2016, Irish Whiskey accounted for one third of the value of all Irish drink exports. This has increased by 19.9% in the first seven months of 2017. Irish Whiskey is gaining impressive momentum.

So how do I develop a distillery?

You have a green field site in a picturesque location in Ireland and want to transform it into the home of the next ‘big’ Irish Whiskey sold in bars across America, Japan and elsewhere. What next?

Appropriate planning permissions for the development of the site must be granted.

It is worthwhile engaging an architect who has distillery experience and who is aware of the technical requirements for distilleries. It is also worthwhile to consult with a liquor licensing solicitor to discuss all potential ancillary activities that the planning permission for the distillery should encompass.

Most established distilleries in Ireland hold two licenses: (1) a manufacturer’s licence for the manufacturing of the liquor; and (2) a publican’s seven day on-licence for the sale of liquor in an adjacent visitor’s centre/event space etc. The two licensed areas must be separated and the licences must be held by two different legal entities.

A manufacturers’ licence is granted by the Revenue Commissioners.

All ‘first time’ applications for a Manufacturers’ licence are subject to an assessment of suitability for a licence.

Before issuing the manufacturers’ licence, the Revenue must also be satisfied that an application for “Authorisation to operate a manufacturing Tax Warehouse” has been received and that there is nothing to imepede the granting of the authorisation. The application for authorisation approval requires the submission of numerous materials to the Revenue regarding the proposed distillery, relating to the distilling process, security at the licensed site, requirements regarding signs and markings in the distillery, company information etc. The assessment carried out by the Revenue is extensive and it is worth engaging with the Revenue’s Excise Control Officer local to the premises at an early stage in the project.

The Revenue Commissioners are also responsible for the verification of the geographical indication ‘Irish Whiskey’. To label your whiskey product as ‘Irish Whiskey’, the Revenue Commissioners must be satisfied that certain technical specifications have been met in the production of the whiskey. It is important that all ‘would-be’ distillers are aware of these requirements at the outset of development to ensure the proposed distillery can meet all necessary requirements.

Distillers intending to begin production after 29 January 2016, must have the production stages verified by Revenue prior to commencing such production so that the product can be marketed as Irish Whiskey.

The potential effect of the Intoxicating Liquor (Breweries and Distilleries) Bill 2016, which is expected to be enacted into law in the coming weeks/months, is discussed here. The Bill aims to provide an alternative licensing option for brewers and distillers in Ireland.

Under the current drafting of the Bill, the licence will allow liquor/beer manufactured onsite to be sold to visitors admitted on guided tours until 6.00pm.

For some operators, the licence proposed by the Bill will be too restrictive. A whiskey distiller will not have liquor produced on site available to sell for a minimum of three years, due to the maturation period. Furthermore, the limited trading hours will prevent evening functions in the distillery and/or visitors’ centre which can prove to be a significant revenue stream. It is likely many distillery developers will continue to opt for the existing liquor licensing options due to the flexibility they provide.

There are many moving parts in the development of a distillery and the various licensing requirements. It is important to engage with the Revenue and experienced experts at an early stage. Advanced planning will result in the smooth running of the development and often much lower costs.

For more information on liquor licensing, including the licensing of distilleries, please feel free to contact me.

The value of global exports of Irish whiskey shot up 19.9pc to €314m in the first seven months of the year, according to the latest figures from the Central Statistics Office. 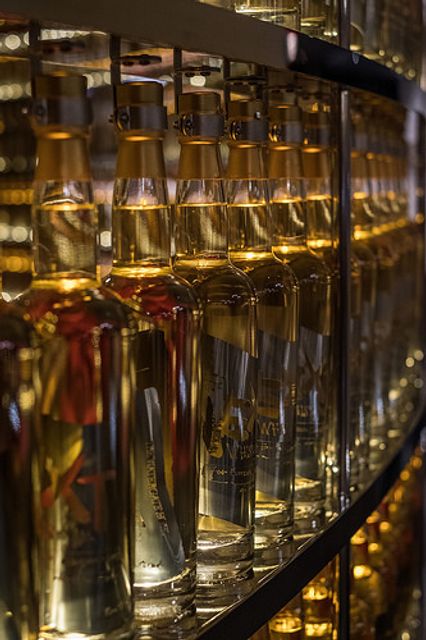