An alternative heading for this piece could be, "Ah for the love of J@ys*s!"

Here's what's happening and what is undisputed: an 18 year old named Rebecca Carter just sat her Leaving Cert and got 554 well-earned points. She wants to be a vet and she wants to learn how to be a vet in UCD.

The problem is that the course requires 555 points.

But of course it doesn't end there. The determined young woman was not happy with one exam result and got it re-checked. It turns out the examiner added 17+19+30 and came up with 56 marks instead of 66 marks. We'll come back to that vignette later. But the undisputed fact is that Rebecca got 564 points, or more than enough to study to be a vet in UCD.

However, the State Examinations Commission and UCD between them appear to be engaged in an exercise of mind-boggling soviet-style bureaucracy as a result of which she won't be allocated the correct points in time for her to accept her place in UCD this year. She can have it next year you see. Sure what else would she be doing?

So Rebecca has been forced to ask the High Court to rule that she can have her place in UCD this year in a process called Judicial Review. It's a process in which a member of the public asks the High Court to apply common sense (also called fairness or natural justice) where a state or public body can't or won't. Like here. What does fairness mean? It's been formulated as the Wednesbury principle which concerns the meaning of 'reasonableness' or 'unreasonableness'.

In this jurisdiction it was explained by Henchy J of the Supreme Court in  1986 as follows:

"I would myself consider that the test of unreasonableness or irrationality in judicial review lies in whether the impugned decision plainly and unambiguously flies in the face of fundamental reason and common sense."

Now, in that context, what brilliant legal argument do you suppose the combined forces of this great State have sought to employ against this 18 year old innocent? Well, it seems that there are fully 5,000 disgruntled students this year alone (or 9% of the total) and, if the Judge allows this one through, there could be 5,000 similar applications next year! It's the time-honoured Floodgates Defence.

Rebecca Carter has to fall on her sword so that the State Examinations Commission can continue to make grave errors with impunity.

And are we really to believe that there are 5,000 cases in which an examiner couldn't add three double digit numbers together correctly? Or there are 5,000 cases where students have been denied access to a course to which they are entitled because of an error by an examiner? Leaving aside that that's a whole news story all by itself, it's total nonsense. The number couldn't possibly be that high or anywhere near it. And anyway High Court proceedings are expensive particularly Judicial Review cases such as this which is akin in urgency to an injunction. So you would want to be pretty sure you're going to win before you set off. Are we being told that there are 5,000 dead cert cases against the State Examinations Commission just this year? We had better hope not.

The Judge said he was looking for the parties to come up with a "pragmatic solution". Well I've three: first, give Rebecca Carter her place; second, reduce the number of potential applications for Judicial review next year by employing only State Examination Commission Officials that can do basic maths; and third, have the State Examinations Commission work harder to put in place an effective review system so that these cases don't have to trouble the courts.

She told the judge, who was seeking to find a pragmatic solution to Ms Carter’s issues, that if this occurred they could find that next year there could be 5,000 applications for judicial review before the court. Ms Carroll asked for an adjournment for a week to allow her file opposition papers to Ms Carter’s application. 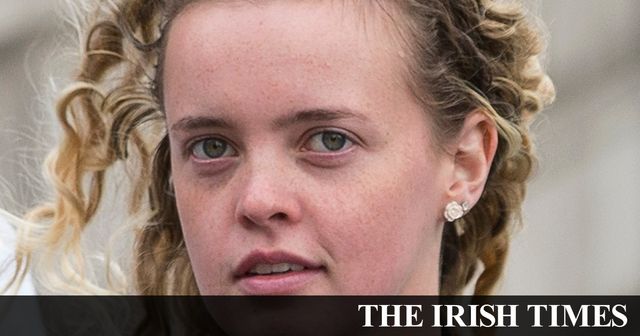