Sadly, we're at "the point of no return" for firms who supply goods or services from the UK under EU trade arrangements to implement their business continuity plans for a "No Deal Brexit" on  29 March 2019.  The political timelines simply don't reflect business reality.

Working backward from 29 March, firms have to consider contractual notice periods (some mandated by law), as well as the timing of software development and operational process changes that will need to be fully tested and running in good time before that day.

Other tasks include establishing a new entity in your chosen EU27 country and getting it authorised or licensed (or appointed as an agent if it's already too late); opening local bank accounts; leasing office premises; transferring or employing management and staff; relocating or purchasing computers and other equipment, stock or assets, and related software and data licenses; as well as re-contracting some of the more critical affected customers and suppliers through their new entity.

These preparations raise numerous tax, legal and accounting issues in their own right - including the fact that governments are still unclear on official rules, processes and procedures. But the choice of law under which each new entity contracts with customers and suppliers, and which courts will govern disputes, are among the most critical to making life as easy as possible in the transition.

Both parties to existing English law contracts will probably want the new terms to remain broadly the same, even if certain aspects might need to be re-negotiated. Billing and payment details, currency and pricing would likely need to change, for example. So too will the legal basis for sharing EEA-residents' personal data with UK operations or suppliers. There won't even be a timetable for the EU to decide whether to make an "adequacy decision" on the UK's data protection standards before the UK has agreed the terms of its withdrawal.

In these circumstances, choosing the application of Irish law instead of English law to govern at least the commercial aspects of a contract becomes a "no-brainer". Irish law is substantively very similar to the law of England & Wales - far more so than the law of any other EU country. Ireland is the only other purely common law jurisdiction in the EU today, and will be alone after Brexit. The few technical differences include, for example, the absence of the right for any non-party to enforce a benefit under the agreement, which the UK allowed through statute in 1999, or different monetary thresholds for the jurisdiction of familiar types of courts. But such differences can be either simply flagged and understood or explicitly accommodated if necessary (to cite the relevant example, most parties try to limit or exclude 'third party rights' anyway, but the rights can also be explicitly specified). So, while the customer is well advised to run a final check of the contract with independent local Irish counsel, it will not face the comparatively awkward and expensive exercise in understanding the numerous substantive differences between English common law and the codified civil law system of other EU member states.

Of course, it remains possible to agree that the commercial elements of the contract and provision for its enforcement are governed by Irish law and courts, even though the regulated activities of one or other party to the contract (and any regulatory complaints) may be governed by the law of another EU member state. But it has been quite common until now for, say, a financial institution established and regulated in another member state to contract with its customers in the English language under English law (or Irish law, for that matter). So customers should have no problem with a switch from English to Irish law on that basis.

Note that the process for transferring English law contracts requires the other party's consent. Under English law it is not possible for a party to assign its obligations under a contract - just its own rights or benefits (e.g. the right to receive payments).  So the transfer of existing contracts to a new entity (and the other changes mentioned) would need to be done by way of "novation", which necessarily involves the consent of the other party and creates a new contract in place of the old one.

The process of amending agreements may also be constrained by law, such as under the second Payment Services Directive. This requires a two month notice period for changes, and a right of termination by the customer where a contract allows for changes to be proposed unilaterally by the payment service provider. It's awkward enough that the novation process might provoke a renegotiation (or that consent to novation might not be forthcoming at all), without actually being seen to trigger a positive right for the customer to terminate within a finite notice period!

Let us know if you need help with implementing your Brexit business continuity plans, wherever you're based (and remember those incentives for setting up in Ireland!).

Sadly, we're at "the point of no return" for firms who supply goods or services from the UK under EU trade arrangements to implement their business continuity plans for a "No Deal Brexit" on 29 March 2019. The political timelines simply don't reflect business reality. 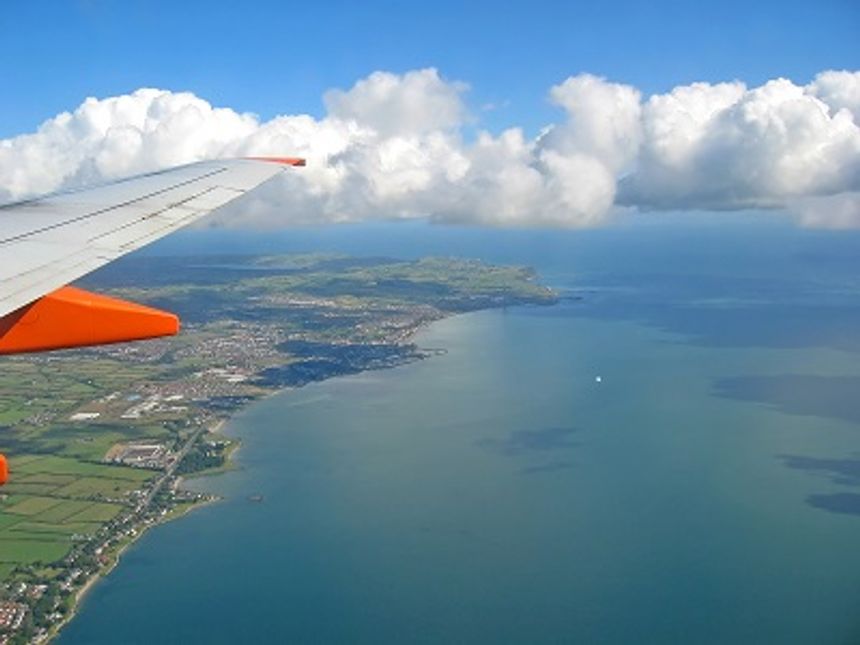