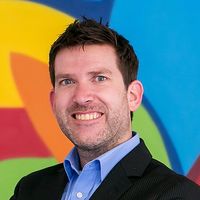 Earlier this week, Laura Ashley became the first headline casualty of the Covid 19 / Coronavirus pandemic. The way this has been reported may cause you some confusion if you are a business owner. Both the Financial Times and Irish Times described the firm as “falling” into administration. As will be seen below, a company does not have to “fall” into Administration. It can be, and frequently is, a well thought out and considered decision on the part of the directors/shareholders of a distressed company. With the current economic climate following the Coronavirus outbreak, it seems likely that an explosion of Administrations/Examinerships is imminent.

In respect of the Laura Ashley Administration, the focus of nearly all reporting has been on the risks to jobs. This of course, is wholly understandable. There are undoubtedly risks to jobs, and that is a huge concern. However, the risk to jobs arises from the possible collapse of the company. If the company collapses, those jobs are lost forever. If the company can be saved through Administration, then some jobs may be saved. That’s an important point that appears to be largely overlooked in the media reporting

As Penneys, Brown Thomas, Arnotts and more announce store closures, questions are soon going arise about the viability of these companies and whether they are solvent or insolvent. The question of “book insolvency” (which arises where most people would consider a company “solvent” but strictly speaking on its books/accounts it’s not) may become particularly relevant.

Further, while it is clear that an air of goodwill generally abounds around Ireland at the moment, depending on how long this crisis continues, this may not necessarily continue to be the case. Companies which owe over €10,000 to one debtor or €20,000 to a group of debtors may find themselves exposed to applications to wind up their company over the coming months and may need to consider Examinership as a way to handle their present balance sheet insolvency rather than be subjected to an application to wind up by a disgruntled creditor/supplier

A source of confusion in the Irish context is that a search of the Companies Act 2014 (the primary piece of legislation governing the running of a company in Ireland) for “administration”  and  “administrator” reveals zero results. Why? There is no such thing as Administration under Irish Company Law. The Irish equivalent of Administration, is Examinership. Examinership has been a part of the Irish company law landscape for a long time, but has been resorted to relatively few times compared to Receivership and Liquidation. Generally, therefore, our experience shows that most businesses know relatively little about the Examinership process.

SHOULD MY COMPANY CONSIDER EXAMINERSHIP?

Obviously it depends on the individual circumstances of each case, however, in our view if your business is struggling, but you think it can survive, and you want it to survive, then it’s certainly something that should be considered. That is the whole purpose of the process:

Examinership is only available if the company is insolvent and there is a possibility of survival. If you believe your company ticks those two boxes then it’s worth considering. If it is something that you are considering, our advice would be that you make contact with us urgently. As will be seen below, in order to seek the protection of the Court under Examinership, an extensive Independent Expert’s Report is required. Given the current climate and the extreme pressures on business it is essential to ensure that you can get this expert report finalised as soon as possible. This will make it possible for your company to petition the Court for protection under Examinership before a receiver is appointed or an application to wind up your company is made.

Leman Solicitors has extensive experience in acting for Companies, Examiners (both are typically legally represented throughout the process) and 3rd party funders who are funding Examinerships. For example we acted on behalf of the 3rd party funder in the Examinership of the Sammon Group when that company was placed into Examinership following the collapse of Carillon Group in 2018/2019.

AN INTRODUCTION TO EXAMINERSHIP

The Examiner is an independent party appointed by the Court (either Circuit Court or High Court depending on the size of the company) when a company is, for the want of a better expression “experiencing financial difficulties.”

The appointment of an Examiner therefore allows a company to continue to trade with the benefit of Court protection (discussed below) even though it may be insolvent. It is a prerequisite that there is a real possibility of the company surviving and generally it will have to have solid foundations and a business model which justifies it allowing to trade. Allowing a company enter examinership also protects jobs, being those of the Company’s employees at least in the short term.

Once a company is under Examinership, it comes under the protection of the Court for a period of 70 days (which can be extended for a further 30 days, in certain circumstances). While under the protection of the Court no creditor can take any action to enforce any judgments or security against the company. Equally importantly no creditor can take any steps or act to wind up the company or have a receiver appointed over its assets for the duration of the Examinership. 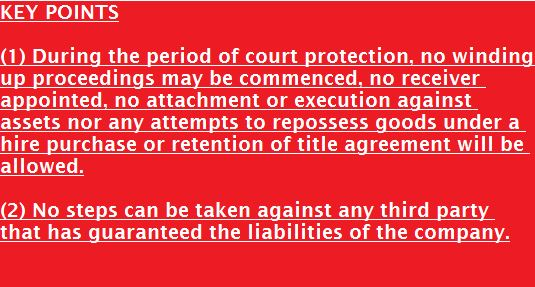 Once appointed, the Examiner will investigate the affairs of the company and must, within 70 days of his appointment, prepare a “scheme of arrangement“, i.e. a proposal, to help ensure the survival of the company. That scheme of arrangement must be agreed/approved, and the details approval process are discussed further below. Typically, a proposed Scheme of Arrangement will include measures such as:

The examiner must place a notice of his appointment in 2 daily newspapers within 2 days, notify the CRO within 3 days and publish the details of their appointment in Iris Oifigiúil within 21 days.

The legal process begins with a petition presented to the High Court/Circuit Court. The application is made on an “ex-parte” basis which means that nobody has to be notified in advance that the application is being made.

A petition for Examinership can be presented by

On hearing the petition, the Court, if satisfied that Examinership may be appropriate, will often place the company in interim Examinership. This is particularly common if the Company expresses a concern that the goodwill may be impacted if not placed under Court protection. The Court will list a return date for a hearing to confirm the examiners appointment.

1. The Company is insolvent i.e. is or is likely to be “unable to pay its debts”.

Under the Companies Act 2014, a company will be unable to pay its debts if:

If a company is solvent then an examinership is not appropriate, and the company needs to consider are:

If a company is insolvent and there is possibility of survival, the options are:

If a company is insolvent and no possibility of survival, the options are:

To determine if insolvent, the Company must get an independent expert’s report (typically an accountant). This report is typically very details and must show (with supporting information)

The report must confirm that there is no deficiency in the finances of the company that is not satisfactorily accounted for and that the company has sufficient funds to trade throughout the period of protection. Frequently this is only possible if a 3rd party funder provides a letter of support and comfort and agrees to finance the period of Examinership.

The Independent Expert must provide the Court with the necessary cash flow projections and statements of affairs to vouch the conclusions drawn in their report.

2.There has been no resolution or court order to wind up the company;

3. A receiver has not been appointed to the company for a continuous period of 3 days or more.

This means that even where a receiver is appointed, the company, if it considers itself to be a suitable candidate for Examinership, can still make an Examinership application within the 3 day period following that receiver’s appointment.

4. The Court will only appoint an Examiner to the company where that company (and the whole or any part of its undertaking) has a reasonable prospect of survival as a going concern.

Where it is appropriate to do so, and where it may have a bearing on the survival of a company, the Court may also appoint an Examiner to an associated or related company and may grant that Examiner all of the same powers that he has over the first company.

The Companies (Miscellaneous Provisions) Act 2013 introduced a new regime for “small companies” enabling them to apply directly to the Circuit Court for the appointment of an examiner whereas prior to the Act their only option was to apply to the High Court. In order to avail of this new regime, companies are required to satisfy two of the following three conditions:

If you have any questions or queries in relation to Examinership, Receivership or Liquidation please get in touch with either Brian Conroy or Ronan McGoldrick, your points of contact on the Leman Financial Services Disputes team. We have worked closely with a number of the country’s leading Examiners and on all sides of the Examinership process. Our experience ranges in dealing with small family runs SMEs to large multinational corporations. 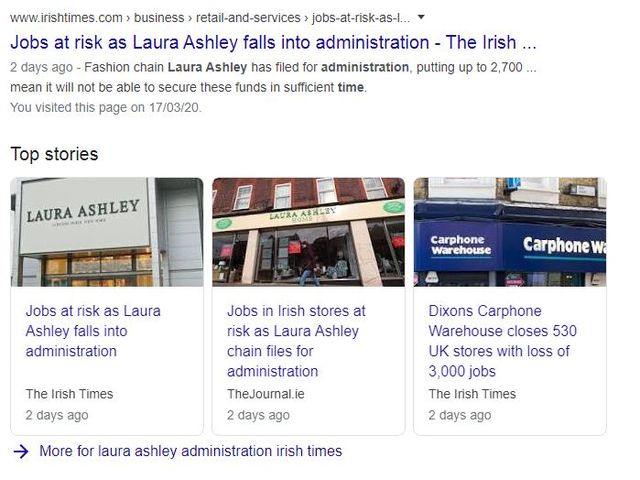 The latest on coronavirus layoffs:

- Marriott International said tens of thousands of hotel workers will be furloughed and will lay off a number of those workers
- Compass Coffee laid off 150 of its 189 employees https://t.co/FUdZOfmpFW by @lisettevoytko pic.twitter.com/J47LfAUUDf

Opal Fruits Are Back....But The Reason Why Might Surprise You!
Brian Conroy

Examinership of a company in Ireland
Brian Conroy