As employers continue to plan for a safe return to work over the coming weeks, it is critical for businesses to anticipate the types of employment disputes that they may face in the near future. This is the first in a series of articles we will be producing over the next few weeks, outlining how employers can mitigate the risk of potential employment claims in a post-pandemic economy.

Due to the effects of the pandemic, many employers imposed a wage reduction on a temporary basis. As pay is a fundamental term of employment, any change to this will require written consent from the affected employees. Where an employer fails to obtain consent, they may be exposed to potential claims under the Payment of Wages Act 1991, breach of contract and/or constructive dismissal pursuant to Unfair Dismissals Acts 1977-2015.

However, in light of the unprecedented nature of the pandemic and the immediate impact on businesses, certain employers decided to overlook this requirement and run the risk of potential employee claims rather than having to face the prospect of insolvency. In the same vein, due to the temporary nature of the wage reductions and to avoid long-term issues such as redundancy or lay off, for the most part, to date, employees have been willing to accept these changes.

As businesses consider returning to work as ‘normal’, i.e. to the physical office, the risk of a potential claim is much higher where the pay reduction is extended, or full pay is not reinstated. This issue may also arise where employees whose wages were reduced to come within the scope of the Temporary Wages Subsidy Scheme (the “Scheme”) are taken off the Scheme or where the Scheme ceases at the end of August. As part of the employee’s wages will not be subsidised by the State, even further wage reductions may need to be considered. In these circumstances, this may trigger employees to seek compensation for the difference in wages pursuant to the Payment of Wages Act 1991 or argue that the pay reduction has resulted in a breach of contract and/or may also consider themselves constructively dismissed.

As such, we would recommend that any further changes to employees’ wages are done by way of written consent. Also, if an employer has explained the reduction in wages is for a temporary period, it is imperative that the employer follows up prior to that period lapsing to explain to staff what is happening. The sense of “we are in this together” is not as apparent now that the real effects of the virus are showing on people’s purse strings, so unless employees feel they are valued and being kept up to date, this could well increase the likelihood of claims.

Even where an employer has put in place a safe system of work in accordance with the Protocol, individual employees may have particular concerns about returning to work. This may be due to issues such as commuting to/from work, childcare responsibilities, where the worker themselves is considered vulnerable or where they fear exposing vulnerable individuals in their household to the virus. Where the employee is refusing to return to work, the employer should engage with the employee and identify ways to address the employee’s concerns and facilitate a safe return to work. Where this is not possible, the employer should seek to explore whether they can extend the duration of remote working. The crucial point here is that employers must act reasonably and be in a position to demonstrate that they have engaged with the employee and genuinely explored all alternatives before taking disciplinary action or withholding pay for a refusal to return to work. Even where the employer has taken these steps, this will not hinder a vulnerable employee from pursuing a discrimination claim under the Employment Equality Acts 1998-2015 on the ground of disability or alternatively, where the employee is caring for a family member, on the ground of family status. Indeed, it is unlikely that the WRC would look favourably on an employer that reverted to disciplinary procedures in circumstances where the employee has a genuine fear of attending work.

In addition, a failure to comply with the Protocol or accept feedback from staff may lead to complaints to the Health & Safety Authority (the “HSA”). Employers should also bear in mind where the employer fails or refuses to address the health and safety issue, employees can raise protected disclosures to the HSA and are protected from penalisation, including dismissal.

If an employee is dismissed for making a protected disclosure, s/he may pursue a claim for unfair dismissal and if successful, may be awarded compensation of up to 5 years’ pay. An employee making such a claim can also apply for interim relief before the Circuit Court to continue their contract of employment until the claim is heard in full before the WRC. This means that the employer may be required to pay the employee’s salary and benefits up until the conclusion of an unfair dismissal claim. While unfair dismissal protection does not generally apply to employees with less than 1-year service, this restriction does not apply where the dismissal is due to making a protected disclosure.

The extent of the employer’s compliance with the Protocol and other Government guidance will be crucial to mitigating the risk of such claims. Employers should consider each complaint individually, taking into account the employee’s risk profile and the specific issues raised. In addition, all company policies should be updated in light of changes to health and safety requirements, including in particular, the company’s grievance, disciplinary and protected disclosures policies.

Redundancy Claims on the Rise

As you will be aware, the Government has extended the suspension of redundancy provisions relating to temporary lay-off and short-time work arising from the pandemic until 10 August 2020. Where no further extension is made to the emergency period, it is likely that a panoply of redundancy notices will ensue after 10 August. As such, employers will need to consider how to manage such applications and whether they are in a position to finance potential redundancies

Furthermore, the draft Programme for Government published on 15 June 2020, states that the proposed Government will “review whether the legal provisions surrounding collective redundancies and the liquidation of companies effectively protect the rights of workers.” This topic has resurfaced given the timely increase in insolvencies, which have arisen as a result of COVID-19. Insolvency will naturally give rise to redundancies with the objective of reducing costs or closing the business. Notwithstanding whether the redundancy is individual or collective, employees remain entitled to information and consultation in the context of an insolvency. The exception to this is a company that faces a court ordered wind-up, where the liquidator is only required to comply with the notification requirements if the Minister so requests and is not required to comply with the requirement to ensure no redundancies take effect during the 30-day period following notification to the Minister.

While the Cahill/Duffy report, which was commissioned by the Government and published on 26 April 2016, advised that this exemption should be eliminated, no further update has arisen on implementing these recommendations to date. This is a topic to watch for many employers who face the possibility of insolvency, and a reminder of their continued obligations unless a wind-up of the company has been ordered by the court.

To settle or not to settle?

In light of the volume of current cases awaiting hearing, along with the increased risk of claims during this period of change, the ability of the WRC to hear postponed cases will be stretched to say the least. These delays will be exacerbated further by social distancing requirements where there is limited availability of suitable hearing locations. As the number of attendees will also need to be limited, this may also result in extending the duration of hearings.

These delays will inevitably impact parties’ attitude towards settlement, and in many cases, claimants may be more eager to explore settlement given the delay in their claim reaching trial, particularly from a financial perspective where the employee has been dismissed or laid off. Conversely, however, given the number of employees that may be potentially affected by the outcome of such disputes, in addition to the unprecedented nature of the pandemic, employers may in certain cases, be more inclined to run the risk of trial.

For more information on how to successfully manage current or potential employment disputes during the COVID-19 crisis, please contact Bláthnaid Evans or Sheila Spokes of our Employment & Corporate Immigration team on +353 1 639 3000 or visit www.leman.ie. 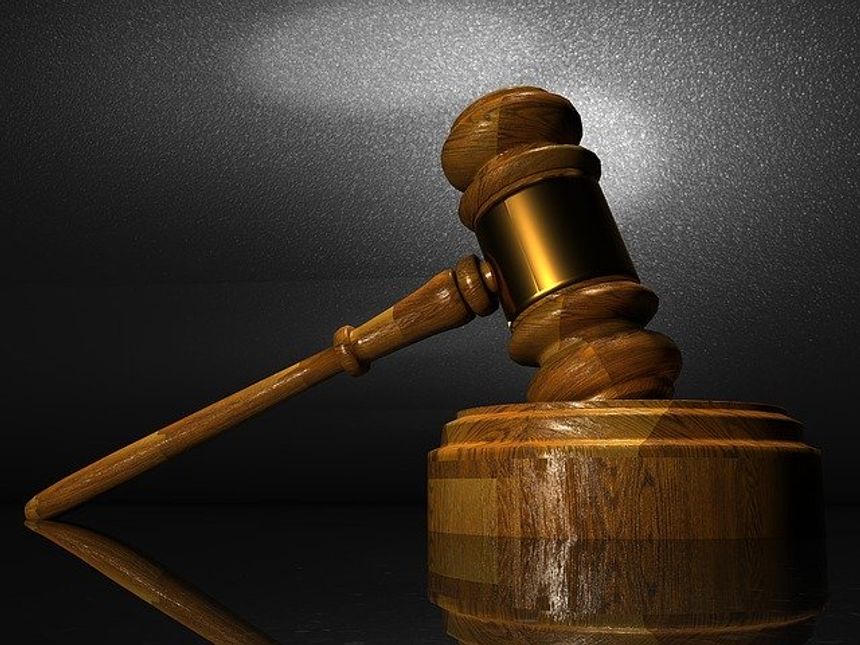