In recent weeks we've seen three high profile Examinerships: CompuB went into and successfully came out of it; Cara Pharmacy Group went into it and remains in the process; and New Look went into it temporarily only to be removed from it by the High Court last week. Leman acted and acts for CompuB and the Cara Group.

Perhaps most can be learnt though from the very detailed and considered Judgment of Mr Justice McDonald delivered in the New Look case. I'd advise those interested in examinership to read it in full here. But all three cases give us the opportunity to remind ourselves of three fundamental examinership points.

1. Repudiating leases isn't automatic. It's well known that examinership is the only way known to Irish Law to repudiate an onerous lease. But just because you have a lease or several under which you are paying above market rent, that doesn't automatically entitle you to avail of the protection of the Court. The lease must be onerous i.e., it has to have a materially adverse impact on your ability to survive. You must have evidence setting out in full how it is that the leases jeopardise the success of the scheme of arrangement. Also, as the legislation describes the onerous contract as being one "under which some element of performance other than payment remains to be rendered both by the company and the other contracting party" - i.e. not just payment of the rent - then it is necessary to explain what that is. Some other element, such as the carrying out of works or the performances of services must be outstanding in order for the court to entertain the application. Obviously it assists greatly if the Examiner concurs with the view. And as we now know from the New Look case, before you seek the protection of the Court from your landlords you need to have first tried to negotiate with them.

2. Examiners can be removed. It's very rare but it can be done. To put this in context, most applications for examinership are made urgently on an ex-parte basis. So the initial appointment is often interim until the High Court can hear the application properly. That happened in each of the three cases under review here. However, in the case of New Look, by contrast to those of CompuB and the Cara Group, the Interim Examiner appointed was removed when the application was fully heard. In the case of New Look, the Court noted among other things that the cashflow position of the company when the initial application was made and approved was 'strikingly different' to its position as put to the Court at the full hearing. Effectively the Court found that New Look was not imminently insolvent and that that was a matter that falls to be considered by a Court when exercising its discretion. A more historic but still similar example is that of the Flynn Group in 2014 applying to have the examiner appointed to it by a creditor Carbon Finance successfully removed. The Court in that case found that Carbon Finance had not fully disclosed all the relevant information when it sought the appointment of the examiner and it had not acted with utmost good faith.

3. Creditors matter too. Much recent commentary relating to examinerships understandably focusses on the welfare of employees. But as we have seen creditors matter too. The High Court has described examinership as a "drastic abridgment of creditors' rights", which of course it is. They can't do anything for the period of the examinership and most will suffer a significant loss. The Court has to engage in an exercise to delicately balance competing interests. We know that creditors can apply to put a company into examinership as happened in Flynn and in the Cara Group. It's a slightly more difficult exercise for a creditor to undertake practically because creditors don't usually have access to the detailed financial information required to produce a compelling Independent Expert Report to support the application. That's possibly different for secured lenders as we saw in Flynn and Cara Group. As we can see from New Look, landlords will not automatically be forced to swallow a hive down on rent. At the heart of this consideration is whether or not the creditors' position will be better under a scheme of arrangement or a liquidation.

Conclusion. Unfortunately we are going to see a lot more of these stories in the next few months and years. But at least we know there is the safety line of examinership available. And as more and more cases produce the level of scrutiny applied to that of New Look by Mr Justice McDonald our understanding of how to protect the various interests of various stakeholders will continue to broaden.

But it was entirely inappropriate that this jurisdiction [to appoint an examiner] should be invoked when there is "an alternative and obvious route available to the company to seek to deal with its landlords - namely negotiation". 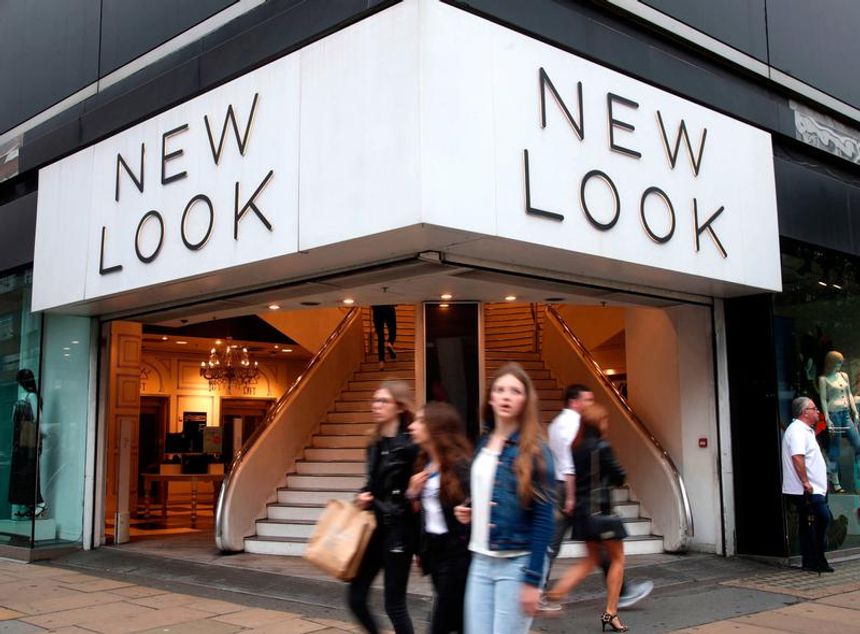 New Look Retailers, the high street fashion chain, will not appeal the High Court’s dismissal of its application for examinership, and will actively engage with its landlords to negotiate rents. @RosannaCooney reportshttps://t.co/tmLEXqvCkQ

Faced with stern opposition from landlord creditors, it failed to convince the court on perhaps the most basic point. Does the fashion chain have financial woes? Yes. But insolvent? Nope. Not yet, was the answer.
Story plus analysis: https://t.co/udscVJURqV

@anthonythuillie has some interesting observations on the New Look judgment by McDonald J on examinership protection applications and leases.