Assuming the Court will extend the Norwegian Air Examinership for another 50 days, the billion dollar Big Question remains: will Norwegian be permitted by the Court to hand back 36 aircraft to their owners?

It is the biggest question in this Examinership. And it's likely to be the most significant question to be determined in any examinership to date not least because of the sums we're talking about.

But because it's such a Big Question and because so much is at stake, for the reasons set out later in this note there is a strong likelihood that, in the end, the Court will not be asked to answer it at all. Sorry.

Let's briefly recap how we got here.

As travel consumers in Ireland we got used to seeing Norwegian's livery on the tarmac at Dublin airport and elsewhere as it sought to take on the transatlantic market. In 2017, 2018 and 2019 revenues at the airline increased to €4BN, €3.2BN of which was in ticket sales.

Two significant catastrophic events then occurred, first the grounding of the Boeing 737 Max in 2019 and second COVID-19 in 2020. How badly did these twin catastrophes affect the business? Bookings fell by 99% in the second quarter of 2020. Between January 2020 and November 2020 Norwegian carried 6.3M passengers versus 28.62M for same period in 2019 a fall of 78%. 3rd quarter revenue fell 91% to €119M from €1.13BN for same period in 2019. Annual revenue at the date of the petition to appoint the examiner in November 2020 was down -76%. Operating losses for the year had quadrupled.

Norwegian's strategy shifted from growth to survival. In April/May 2020 it converted €1.2BN of debt and leasing commitments to equity. It adjusted lease rentals to market by reference to the value of aircraft. It introduction “power by the hour ” arrangements where it paid aircraft owners only for the time an aircraft was in the air. It postponed operations outside Norway until the COVID-19 pandemic eased. It raised €37M in new cash and equity through a public offering. All of this allowed it to avail of Norwegian State Aid in the form of loan guarantees of €278M. It achieved further savings in restructuring negotiations with aircraft owners. All of this meant that by the time it applied to have an examiner appointed in November 2020 it had sufficient liquidity to see it through to the end of Q1 2021. But only if it got the protection of the Court through the appointment of an examiner.

With all of this work in train, what were the immediate catalysts requiring Norwegian to seek Court protection? Well there were several. But before I list them remember that a company can't apply to have an examiner appointed if a liquidator has already been appointed. Or if a receiver has been appointed for more than three days. If you think either of those things are going to happen to you then you had better hot foot it into the High Court. Although if you wait until either of those things have happened or are about to happen then you're already far too late. An enormous amount of work has to be done before you can petition the Court to appoint an examiner.

On 6 November 2020 Aviation Capital Group got judgment against Norwegian for $6.287M in the UK and that was going to have to be paid by 18 December 2020. On 9 November 2020 the Norwegian Government confirmed that it was not going to give Norwegian any more support. Leasing company Wings Capital issued claims and default notices for $2.2M. Several other lessors served termination notices reserving their rights generally. And Boeing was holding significant advance payments for undelivered aircraft or so claimed Norwegian. All of these things combined led Norwegian to take the step to appoint the Examiner when it did, which it had been planning to do for a long time as is readily apparent from the papers filed in Court.

The most significant of these and the most significant document in any examinership (apart from any judgments obviously) is the Independent Expert Report. Its purpose is to set out the reasons why the company is insolvent and why the company is likely to be able to survive as a going concern once the Court approves a scheme of arrangement with its creditors. In this case the IER stated that as a going concern Norwegian would have positive net asset position of $2.4BN. By contrast its deficit on liquidation would be a startling $7.1BN. This anomaly between its negative and positive asset position determined by solvency is largely driven by a value attributable to “right of use” assets. This is an accounting treatment of leased aircraft which depreciate over the term of the lease. This value is not realisable by the relevant companies, regardless of the value of the aircraft. The IER noted however that Norwegian would run out of working capital in January 2021.

The IER outlined a survival plan which required the achievement of several objectives: adjust aircraft leasing payments to market value; longer term “power by the hour” deals to conserve cash while aircraft were parked; an extension of existing power by the hour agreements beyond Q1 2021; adjusting future aircraft orders to future operating requirements; and deferrals and restructured payments for loans secured by necessary aircraft. The Independent Expert was of the view that, “It is expected that the process of restructuring the overall operating fleet, and raising new capital, will be interdependent as both fleet creditors and potential new capital providers will want to know that the other is committed to the business going forward”.

He also explained that in his view Norwegian had a realistic prospect of survival if: Court protection was granted; lessors provided support during and after the Examinership; it secured additional working capital in the form of fresh capital investment; it restructured its long term obligations under aircraft acquisition contracts including arrangements for advance payments; and the High Court confirmed proposals for a scheme of arrangement.

Now leaving aside the industry specifics, these are standard requirements in any IER. In all successful examinerships creditors are required to support the company. In this case it now transpires the major support from its major creditors, the aircraft owners, is for them to take back their aircraft. That wasn't immediately obvious when the petition was presented. The application to repudiate the leases was only made in early January and it has caused, as you can imagine, quite a stir.

Repudiating leases isn't automatic. It's well known that examinership is the only way known to Irish Law to repudiate an onerous lease. But just because you have a lease or several under which you are paying above market rent, that doesn't automatically entitle you to avail of the protection of the Court. The lease must be onerous i.e., it has to have a materially adverse impact on your ability to survive. You must have evidence setting out in full how it is that the leases jeopardise the success of the scheme of arrangement. Also, as the legislation describes the onerous contract as being one "under which some element of performance other than payment remains to be rendered both by the company and the other contracting party" - i.e. not just payment of the rent - then it is necessary to explain what that is. Some other element, such as the carrying out of works or the performance of services must be outstanding in order for the Court to entertain the application. Obviously it assists greatly if the Examiner concurs with the view. And as we now know from the New Look case, before you seek the protection of the Court from your landlords you need to have first tried to negotiate with them. In New Look the Court dismissed the petition seeking the appointment of an Examiner.

When so much is riding on a binary outcome determined by someone else, in this case a Judge, sensible people talk so that they determine the outcome. And that it is what will likely happen here. And its going to be some talk. Last Friday there were 105 lawyers online attending the Norwegian Examinership interim hearing representing Norwegian, the Examiner and many dozens of creditors. That means we could be looking at the mother and father of all settlement negotiations resulting in the mother and father of all settlement agreements which will allow an agreed scheme of arrangement to be put before the Court in early April. And even then the Court is under no obligation to approve any scheme of arrangement and it has complete discretion.

So it seems that hundreds of legal fingers, earnestly blistered from frenzied drafting efforts to agree a deal, will be anxiously chewed while the Court decides if the deal is ok after all.

Your contact for financial services, insolvency and restructuring is Ronan McGoldrick rmcgoldrick@leman.ie. Your contacts for aviation are Larry Fenelon lfenelon@leman.ie and Aaron McGarry amcgarry@leman.ie.

Examiner Kieran Wallace of KPMG is set to ask the High Court to extend the period he has to work on a rescue plan for the troubled airline by 50 days from its current deadline of February 25th. 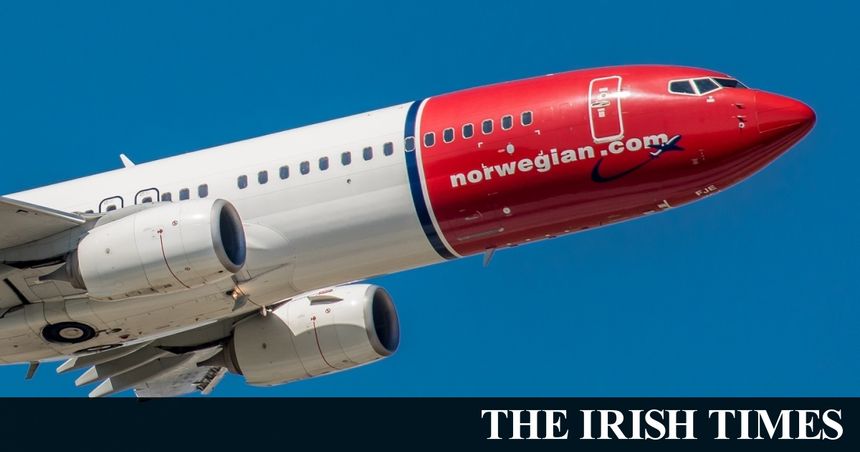 Norwegian vs creditors drama in Dublin High Court today. KPMG who is the Examinership administrator is likely to apply for 50 days extension, until 25th April. Due creditors say they need more time.
NAS Q4 presentation is delayed to 26FEB. https://t.co/mqLXUDDpyd