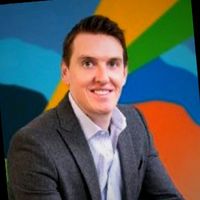 Despite a slow start to the year (we don’t need to remind you why!), activity in the Private Rented Sector (“PRS”) has continued to flourish in Ireland in 2021. The PRS market is a well-established investment asset class now and, whilst residential scale will continue to dominate our market for numerous years, the legal and commercial terms governing PRS deals continue to evolve and adapt with the market.

We at Leman act for a host of developers and investors in this space and our fingers are close to the PRS pulse. In that regard, we have set out 3 key trends we have seen this year and predict some movements we may see in 2022:

Under “Housing for All”, the Government aims to deliver 90,000 social homes and 54,000 affordable homes by 2030. To say these figures are ambitious is an understatement but nevertheless commendable.

As we know, PRS schemes deliver housing on mass and in recent years we have seen the local authorities and AHB’s view the sector as a conduit to help achieve their already lofty delivery targets. In that regard, we have seen local authorities/AHB’s seek to lease substantially more units than the Part V minimum entitlements in these PRS schemes (previously 10% of the development). The increase in the number of social houses being delivered under the Social Housing Leasing Scheme has shown to be a successful model for investors (net yields of sub-4% due to Government covenant), for funders (certainty around its security) and, in an often over-looked category, for social housing occupants. By partnering with private developers in the PRS markets, the local authorities/AHB’s have managed to ensure delivery of social houses at scale and in an efficient manner which no other sector currently facilitates.

However, the Government has come under intense scrutiny and pressure in relation to the economic viability of the Social Housing Leasing Scheme. Does a 25 year lease provide sufficient security of tenure? Is the payment of 85%/95% of current market rent for 25 years without ownership rights a prudent use of State monies? The answer to these questions in an ideal world is most likely, no. Nevertheless, collaboration with the PRS market facilitates delivery of social housing at scale and satisfies an urgent and immediate need. Used in conjunction with acquisition of current stock and development of new stock, the PRS model can and should be utilized by the State.

In light of the recent political analysis however, the Government has given a five-year window for Social Housing Leasing to be phased out. There are even calls for these leases to cease immediately. Yet, the demand is still there and the PRS sector can supply social accommodation on mass. Like a professional athlete consuming a healthy diet of proteins, fats and carbohydrates, what happens if they were to remove one food group entirely? They would be forced to increase their intake of the other 2 food groups or performance would most likely suffer. Our concerns would be that if the Social Leasing model is dropped entirely from the social housing “diet”, we would not be equipped to increase delivery of social houses via construction and acquisitions alone.

It should also be noted that all PRS schemes are burdened by a “15 year covenant” whereby the PRS development is required to be owned and operated by a single institutional entity and no individual units can be sold separately. As PRS scheme owners are prohibited from selling units to local authorities and AHB’s, what will the net result be for the end of Social Housing Leasing? Is the Government going to turn its back on one of the most efficient methods of delivering social housing at scale? Or perhaps will the form of Social Housing Lease evolve to include a longer term and increased security of tenure for the occupants?

The PRS market has evolved greatly in Ireland over the past 5 years. The sector has proven its resilience with stable occupancy rates producing consistent cash flows. We have therefore witnessed a steady influx of sophisticated institutional funds acquiring and managing Irish PRS schemes.

And whilst sustainability may not always have been at the top of the real estate agenda, it has become critical for many of the institutions seeking to purchase and hold PRS stock. Unless you have been self-isolating under a rock for the last few years, it will come as no surprise to hear that Environmental, Social and Corporate Governance (“ESG”) has increasingly formed part of PRS deal negotiations.

The design and construction of buildings in Ireland is governed by the Building Regulations and a building energy’s performance is indicated by its BER certificate. However, the PRS developments being constructed in Ireland are increasingly seeking to achieve much higher international environmental standards such as BREAAM (EU and UK standard) or LEED (North American standard). The institutional funds acquiring our PRS schemes have significant ESG policies and the lenders in the space have similar expectations. Although Ireland is not governed as of yet by a prescribed international standard, it is only a matter of time and the ESG policies of institutional investors and funders are key drivers in this shift.

But how are these ESG policies currently reflected in our legal agreements for forward PRS sales? The forward sale contracts are clear in that developers are obliged only to deliver buildings which are in compliance with the Building Regulations and that typically achieve an A2/A3 energy rating. Usually, developers are also obliged to certify that the as-installed condition of the building works and specification have achieved  Near Zero Energy Building status. These are the current thresholds but the tide is turning and soon, in our view, the institutional investors will expect even higher minimum standards. In fact, it is likely that their prospectus will demand it.

We have acted in a number of recent forward sale PRS transactions where the developers agreed to offer reasonable assistance and facilitate the institutional investor in achieving a BREAAM “Very Good” (or better) as-built certification for the building works. Whilst this was not a pre-condition to the completion of the sale, the intentions are clear. In these transactions, it is the purchasing fund that would bear the increase in costs (if any) of achieving this international standard and the developer would be obliged to facilitate these variations to the agreed specification under certain conditions.

Our advices, particularly to developers and funders, would also be to consider the timing of payment and impact on the delivery timetable when reviewing such variations. It is often the case with large-scale forward sales that delivery may take 12-24 months from contract exchange and the transaction may comprise hundreds of units. What might initially be considered a relatively minor amendment at first glance can often have the net effect of a material increase in costs across the development. It is therefore worth agreeing a cost excess mechanism dealing with such agreed variations e.g. if the total cost of the agreed variations exceeds an agreed amount, this excess amount is to be discharged by the purchaser within 2 weeks (as opposed to falling due on completion of the construction). As mentioned, these agreed variations, whilst well-intentioned and impactful, can often have a substantial bearing on the developer’s cost overrun.

The majority of PRS forward commitments are big ticket deals and come with a large purchase price. The vast number of PRS transactions also revolve around the delivery of new stock and therefore have relatively long lead-in times for practical completion. Therefore, we have seen some recent innovative negotiations in our deals around the treatment and operation of the contract deposit.

It is general practice that a 10% deposit is furnished on contract exchange in all property related transactions. The contract deposit is held by the vendor’s solicitor in their client bank account and the deposit can be forfeited by the purchaser in limited circumstances. The same concept applies to large PRS schemes however the deposit is often a substantial amount and is left resting in the solicitor’s account for months and even years. We are seeing a trade-off in recent transactions between the vendor’s requirement for security and the purchaser’s desire to limit the amount of “dead money” it has sitting idle in bank accounts.

One option that we are seeing in practice is the purchaser providing 50% of the deposit up front in the normal manner (i.e. a cash deposit) but simultaneously providing a limited guarantee on contract exchange relating to the other 50% of the deposit. Of course, the guarantee is a detailed and comprehensive agreement which sits alongside the contract and also requires significant negotiation and due diligence but, once agreed, this deposit mechanism offers the vendor the security they desire and also limits the amount of cash the purchaser has to release for an extended period of time. As with the traditional contract deposit, if the purchaser breaches any terms of the contract and has to forfeit the deposit, the guarantee crystallizes and the full contract deposit is released to the vendor. If the purchasing entity is an SPV, for example, it would be recommended that the parent vehicle would be the party providing the deposit guarantee.

In addition, all major Irish banks now impose negative interest rates on solicitor accounts and this has a material impact on a deposit of millions of euro held for upwards of 24 months. The expectation in the legal industry is often that the purchaser should make up any of this deficit on completion i.e. provide a “top up” for any reduced amounts after the application of the negative interest. However, in practice in PRS transactions, we often see the vendor and purchaser sharing the burden of this reduction equally e.g. if the contract deposit is reduced by €100,000 on completion due to negative interest rates, the purchaser is only required to “top up” the balance by €50,000. Whilst not agreed on all transactions, it appears to be the fairest and most reasonable way of dealing with the punitive interest rates.

Lastly, and this mechanism is typically only used where the developer does not require third party funding for the construction of the PRS development, we are involved in some deals where the initial contract deposit is released on a pro-rata basis to the developer on phased handovers. The intention here is that the developer is required to evidence its ability to fund an initial portion of the development from its own cash reserves and the partial release of the deposit will in effect fund the future Work in Progress for later phases. In essence, the structure of this type of transaction acts as a hybrid between a forward fund and a forward sale and works best where the developer has substantial cash reserves. The purchaser is protected by taking a limited charge over the development which is partially released at each phased completion and the vendor benefits from the lowest of interest rates for its construction.

"Hooke & MacDonald’s analysis shows that PRS accounted for 55 per cent of all investment in the first six months of 2021. The figure represents a notable increase on the 40 per cent recorded for the equivalent period in 2020." 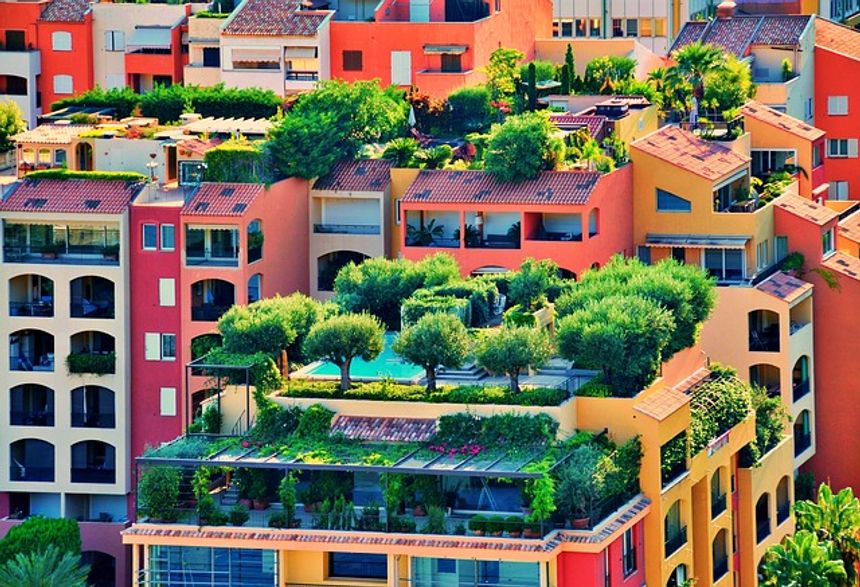