It is well reported that approximately one in five Strategic Housing Development (SHD) applications made to An Bord Pleanála (ABP) between 2017 and 2021 were challenged by way of Judicial Review. By effect, many SHD planning permissions are significantly stalled or are ultimately annulled following the Judicial Review process.

Interestingly, this decision of Pembroke Road/Waltham Abbey in the Supreme Court highlights the "almost impossibly complex” planning laws and regulations in Ireland which developers, advisors and ABP members alike are expected to navigate. In the context of this complexity and by endorsing the decisions of the High Court not to quash ABP’s respective SHD orders, Hogan J notes that the "powerful and effective" remedy of quashing a planning decision by Judicial Review may sometimes be "excessive" and "that a more finely tuned remedy may be required".

Notably, the judgment acknowledges that the provisions implemented by the Oireachtas in the Planning and Development (Housing) and Residential Tenancies Act 2016 which permit An Bord Pleanála to grant a strategic housing development were introduced to address an “incipient and growing housing crisis”. This decision of the Supreme Court would certainly indicate that more than a venial flaw or technical error by ABP is required to justify overturning a SHD permission and that a more liberal interpretation by the Courts may be applied in this regard.

The decisions of the High Court were both appealed, being heard together before the Supreme Court, as each considered an identical point, namely whether Article 299B of the Planning and Development Regulations 2001 requires a ‘distinct, identifiable document’ to be included in an application for a Strategic Housing Development (SHD) in relation to environmental concerns.

Further issues in the Pembroke Road appeal related to the use of S146A of the Planning and Development Act 2000 by An Bord Pleanála (ABP) to amend a condition of their grant of permission after the fact. Pembroke also concerned the interpretation of the Urban Development Building Height Guidelines and whether the Bord must “expressly consider” whether the relevant Development Plan is consistent with the National Planning Framework or whether the Bord can consider that as being ‘self-evident.’

Article 299B requires the Bord to ‘satisfy itself’ that the developer has provided a ‘statement indicating how the available results of other relevant assessments of the effects on the environment carried out pursuant to European Union legislation other than the Environmental Impact Assessment Directive have been taken into account’ (emphasis added).

The key issue to be determined by the Supreme Court was whether this requirement of a statement can be fulfilled if the Bord is satisfied that the relevant information has been included generally in the planning application or whether the ‘statement’ must be provided by the developer in a separate identifiable document.

In Pembroke Road, Owens J, in a more liberal interpretation, found that ‘some evaluative material’ which the Bord can assess to determine whether the article has been complied with would suffice. By contrast, Humphreys J in Waltham Abbey found that use of the word ‘shall’ construed a mandatory obligation on the Bord to refuse any application where there was a failure to submit a separate document.

Hogan J in the Supreme Court was in agreement with the rationale of Humphreys J if the word ‘statement’ was considered in isolation in the context of 299B. However, he felt that this scenario properly called for application of ‘noscitur a sociis (known by its companions)’ or the context principle. Applying this, he found that a separate statement was not required, particularly where the prescribed Form 14 for strategic housing developments does not ask for it, and a ‘statement’ within the body of the application was sufficient.

Separately in the Pembroke Road case, the issue of providing financial contribution in lieu of the 10% of open space required under the Dublin City Council Development plan 2016-2020 was examined.

ABP considered that given the proposed development’s proximity to Herbert Park, it would accept the financial contribution in lieu, by reference to Section 48(2)(c), PDA 2000. Owens J considered that the Bord had wrongly applied S48 but permitted it to remedy its error by amending Condition 26 of their order granting permission. Owens J found that this error was not material enough to require an order of certiorari, whereas the Applicant argued the Bord’s decision should be quashed.

Hogan J in the Supreme Court agreed with Owens J, finding that the Bord intended to permit financial contribution in lieu of open space and simply applied the wrong statutory provision to reflect that position. Hogan J characterised the Bord’s error as a ‘pure clerical error’ and a ‘pure venial one’ and agreed with Owens J’s decision to allow the Bord to correct its mistake as it did not materially alter the permission.

The final issue in Pembroke Road related to the Bord’s decision to grant permission to the developer because the development was one of strategic and national importance and having regard to SPPR3 (Specific Planning Policy Requirement) of the ministerial guidelines, notwithstanding material contravention of the development plan as regards height.

The Applicant argued that under SPPR3 in accordance with S3.1 of the ministerial guidelines, ABP should have ‘demonstrated’ that the policies and objectives of the development plan are in conflict with the objectives of the national planning framework.

Owens J felt that because it was ‘self-evident’ and ‘obvious’ that the two documents do not align, the obligation under 3.1 was met.

Hogan J agreed with the ‘impeccable analysis’ of Owens J.

In the context of what Hogan J refers to as an ‘almost impossibly complex system of planning laws and regulations’ and the national housing crisis, this judgment can be considered a small win for developers and perhaps a move towards a more liberal, holistic approach by planning judges to allow for ‘clerical’ or ‘venial’ errors to be remedied without applying the powerful tool of certiorari to annul decisions of ABP.

Mr Justice Hogan also touched upon the nature of the “powerful and effective” remedy of quashing a planning decision. Experience has shown, he said, that “certiorari” may sometimes amount to a “form of excessive enthusiasm on the part of the legal system and that a more finely tuned remedy may be required”. 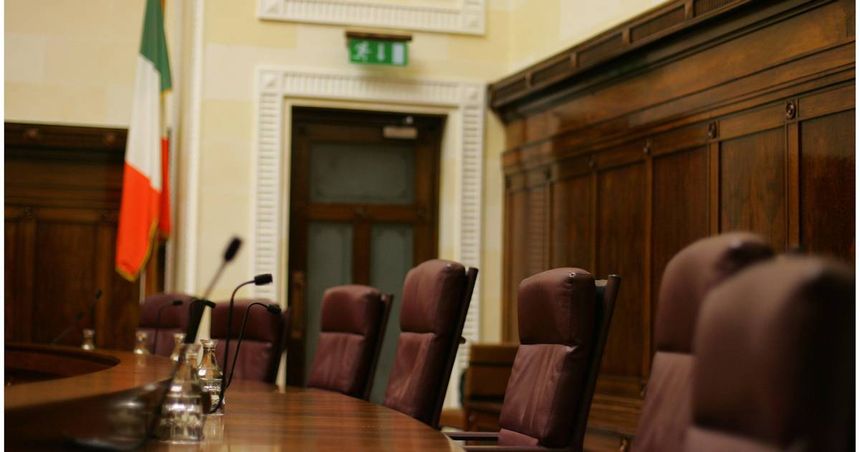